During a fishing trip in the summer of 2006, inventor Daniel Ehrnberg, was inspired by the twirling motion of the water around the oars and began to think about how a floating wind turbine could be vertical and connected to a rotating floater. Ehrnberg had experience working with wave power and an interest for renewable energy and now he wanted to find out how the ocean winds could be used as a source for renewable energy. In a matter of years different tests with smaller prototypes were performed and late 2012 SeaTwirl was founded. In 2015, SeaTwirl’s prototype S1, a 3okW wind turbine, was installed in the sea off Lysekil – Sweden’s first floating wind turbine! Based on the experience from SeaTwirl S1, the development of SeaTwirl S2, a wind turbine with 1 MW installed turbine power, was started. 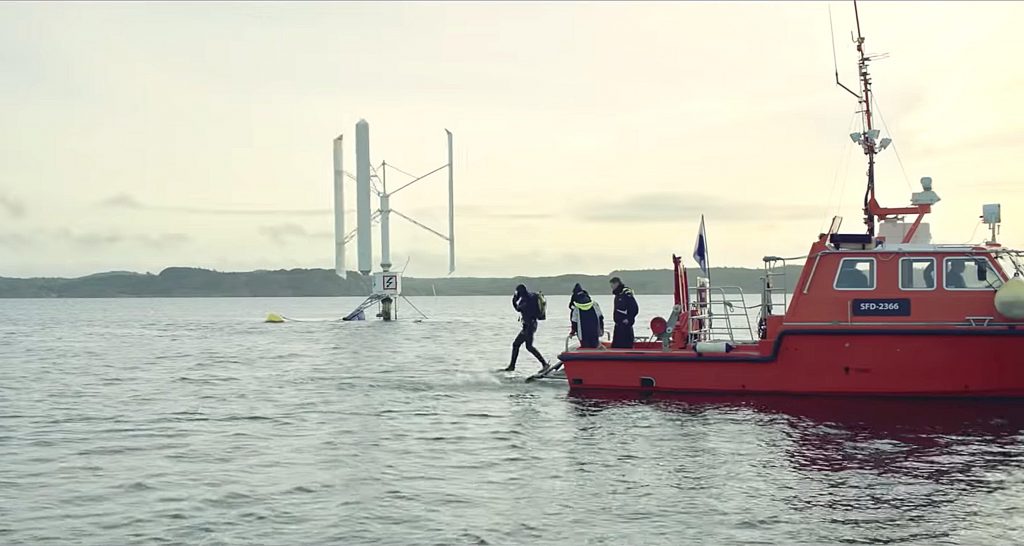