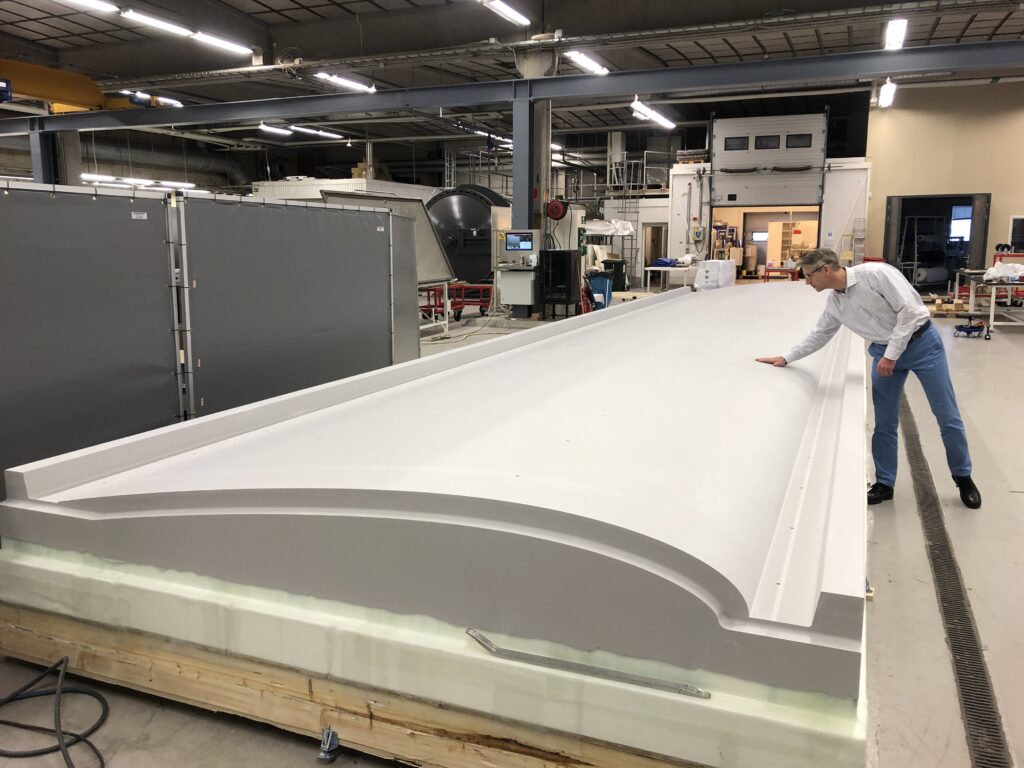 SeaTwirl has together with Elitkomposit taken the first step in the manufacturing of the blades for the next generation wind Turbine, SeaTwirl S2. The picture shows the plug that corresponds to the outer surface of the blades. It is roughly 15 meters long and will be used for manufacturing the first section of the mould. Three similar moulds will be produced and assembled, forming the final mould for the two outer blade skins. During final assembly, the two blade skins are bonded together with reinforcing beams in between, to form the complete 40-meter-long blade.

It feels great to be up and running, and seeing the blades start taking shape and not only as a drawing in a CAD model is awesome. The size of the blades will be enormous, and one realizes that they will be exposed to real forces. To set the size in relation to something, you can compare with a wing on a jumbo jet and then add a little bit more – that’s the size of our blades.

In the picture below you can see where the blades are positioned (rotor blades).