SeaTwirl AB (publ) hereby flags that the shareholder GU Ventures has sold shares and that its holding in SeaTwirl is now below 5%. The divestment is in accordance with GU Venture’s exit strategy as a stately owned seed investor to exit, in an orderly fashion, those of its holdings that have developed well and where a stable and long-term ownership base has been established. After the transaction, GU Ventures owns 4.99%. This comes natural after GU Venture’s business developer, Roger Cederberg, having left the board and the chair position to the new chairman Jens Tommerup, vice chairman Peter Laurits and other members’ good hands.

SeaTwirl develops the future of floating wind turbines in a simple and robust design that lowers costs at every stage, from installation to maintenance. In recent years, the company has gone from prototyping to developing a version of 1MW, S2.

As SeaTwirl is in a phase of building larger turbines and has a greater market focus, GU Ventures together with other major shareholders have ensured that SeaTwirl has the right skills for this, after which GU Ventures business developer, Roger Cederberg, left the board.

GU Ventures, one of the co-founders of SeaTwirl, has sold a number of shares and thus owns less than 5% of the votes and capital. SeaTwirl continues to be a so-called Alumni company in GU Ventures, whose exit strategy as a stately owned seed investor is to, in an orderly fashion, exit its holdings that have developed well and where a stable and long-term ownership base has been established.

“We are very pleased with the exceptional development of SeaTwirl and can confirm that the government’s mission has been completed. It has been a pleasure to contribute to SeaTwirl’s fantastic team and its work to build the company’s unique solution for offshore wind turbines. It also feels very good to know that SeaTwirl has several long-term partners and stable industrial leaders who are continuing to develop the company, ”says Klementina Österberg, CEO of GU Ventures. 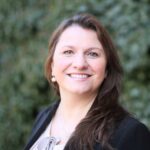 The purpose of the Swedish state’s mission to GU Ventures is to provide financial and business support to new innovative companies. When GU Ventures sells its holdings, the purpose is to be able to re-use the capital through new investments in start-ups. SeaTwirl’s former chairman, Roger Cederberg, resigned after being chairman of the board since the company was founded in 2012.

“I would like to take the opportunity to thank Roger for the great contribution he has made in SeaTwirl since 2012. I also hope that our remaining shareholding and everyone involved in SeaTwirl will make at least as good a journey in the future as we have done so far, ”concludes Klementina.